Hi everyone,
Today’s post is by Marianne, who attended the Nordic Game Conference last week.

Many people who know geography are aware that Norway is part of the Nordic region. They often also know that Sweden is too. So when a conference is titled Nordic Game Conference it seems only natural for Norwegians to go to Sweden to attend it. More precisely, to the city of Malmö (variations of the name included Malmø, Malmo and Malmoe). 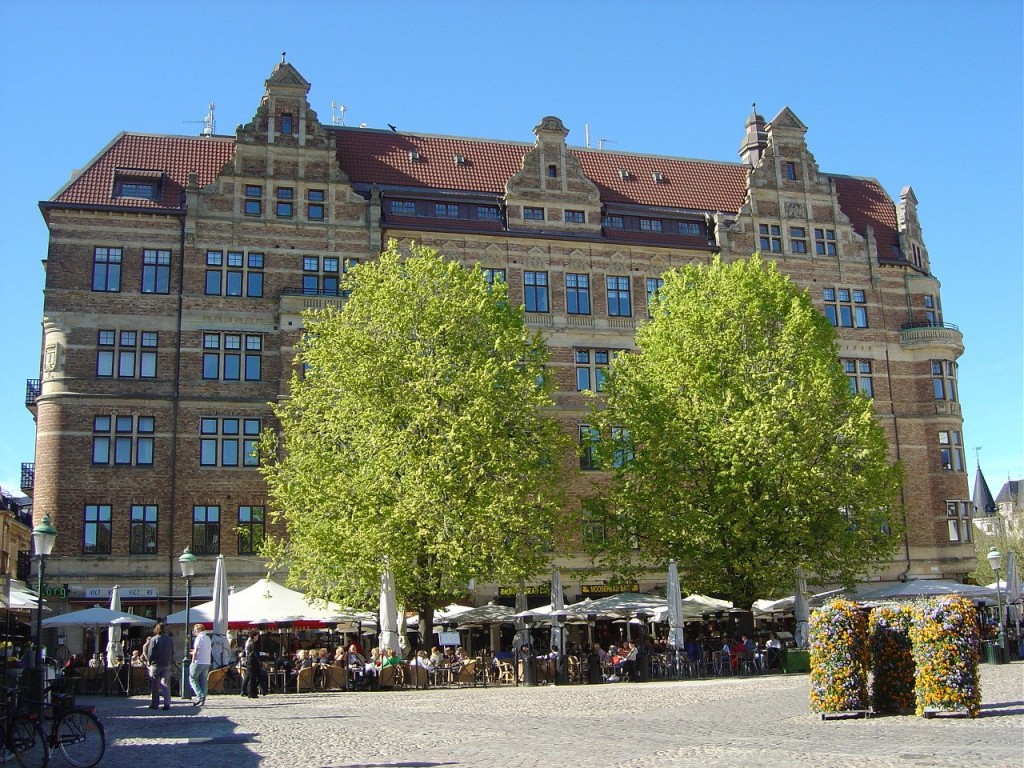 I had gone to the conference once before last year, and was eager to attend again. As there were roughly 15-20 Norwegians attending we decided to repeat last year’s success of traveling together on the boat from Oslo to Copenhagen (that’s in Denmark). This is an excellent chance to connect and socialize. It’s a kind of a warm-up and it’s great! 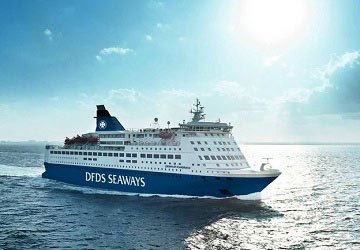 (We traveled with DFDS Seaways)

Once in Copenhagen it’s only a short train ride to get to Malmö. The city, with its population of 280 000 greeted us with wonderful warm weather. Almost like arriving in heaven. I was going to rent an apartment with Martin and Karoline from Krillbite, Captain of Hamar Game Collective Runa, and the acclaimed sound guy Eirik Suhrke. The apartment was gorgeous, but with our limited powers of observation we couldn’t find any curtains and were woken early each morning by the harsh sunlight.

But then: The Conference!

The conference consisted of three days: Wednesday, Thursday and Friday

The opening Keynote was by David Polfeldt and was an introduction to the Nordic Game Development Industry, and how the Nordic mindset affects it. 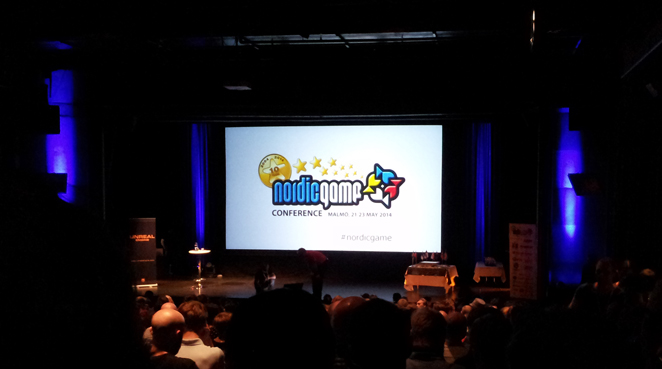 (Ready, waiting for the conference to begin)

Nordic Game Indie Night was the exhibition of the 8 finalists for the Nordic Indie Sensation Award. Attendants were welcome to try and vote for the games. And the nominees were:

It was also an evening of good talks, drinks and music. 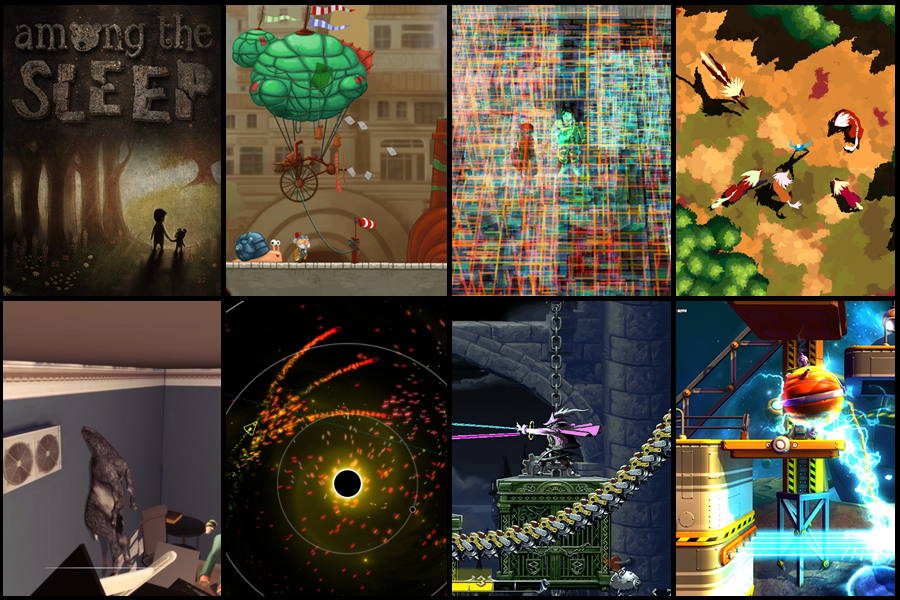 (The finalists at NGIN)

Thursday had talks, the Nordic Game Awards, a Galla Dinner and the Nordic Party

I saw several great talks. Most memorable is perhaps Ste Curran’s «Kiling the Games Industry». But his talks are so different from everything else, I’d argue they are more Performance Art than a straight up talk.

Later were the awards ceremony, hosted by Nocolas Estrup and sponsored by Epic Games.

With all the amazing nominees it can’t have been an easy task to choose the winners. Krillbite used their time on stage while accepting the reward by also announcing that they would release their game May 29th. They were so happy! 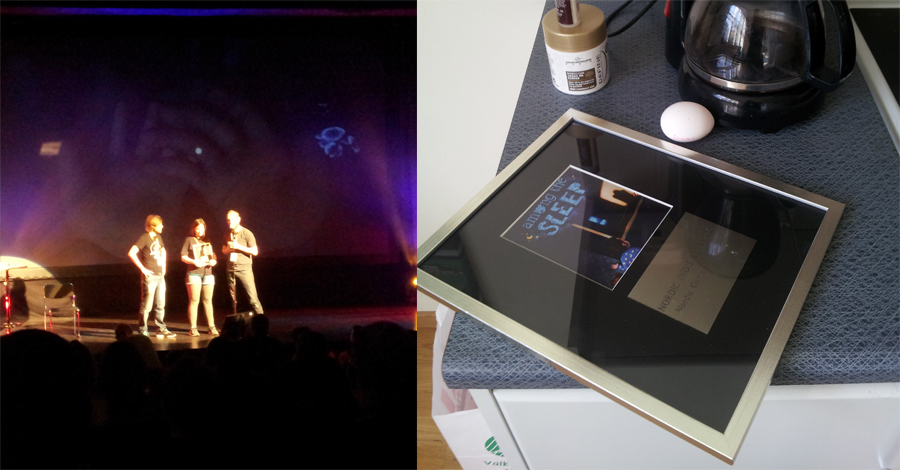 The Nordic Game Party that followed was long, loud and incredibly fun. Though it must be said, Swedes are terrible at Karaoke. I’ve never been witness to such an extensive butchering of well-loved classics.

Friday opened with our good friends Jory Prum and Peter McConnell, who alongside Camden Stoddard talked about the sound design og development of Broken Age. 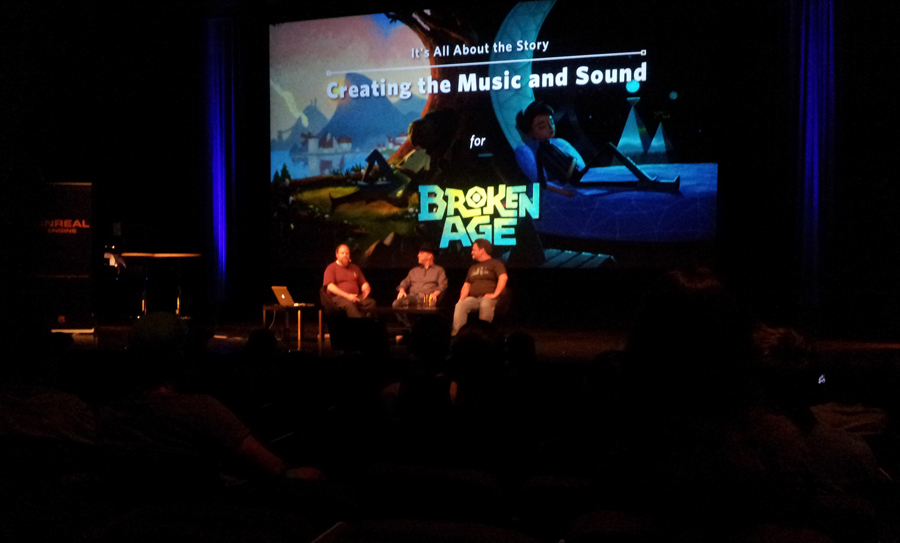 Later was the Grand Finale and before anyone could believe it the event was over. Most of the Norwegians + Jory and Peter met for dinner, which was only cut short by a trip to the emergency room. Then, we had some more beer.

The most amazing and rewarding part of attending something like the Nordic Game Conference it meeting people and getting to know them. And it doesn’t matter if they are seasoned developers or students, everyone is open, friendly and incredibly ready to talk about games and share their experiences. We live in a digital age, but human interaction still has weight and value, and I know I can’t wait to meet these people again!

I hope to see YOU at Nordic Game Conference next year!

One thought on “Nordic Game Conference 2014”