We wanted an area in the game that was organic. Something to provide as a stark contrast to the industrial area. We talked a lot about the journey that the Boy and Shadow undertake. They leave behind something that is familiar and safe and explore an unknown world. To us, part of that would be to bring them back to nature.
We looked at the possibilities with a forest, with treehouses and interesting play with shadows against tree trunks, and we discussed caves. Ultimately, caves would give us more options and was better suited for varied gameplay. Bigger surfaces made it easier to design levels. 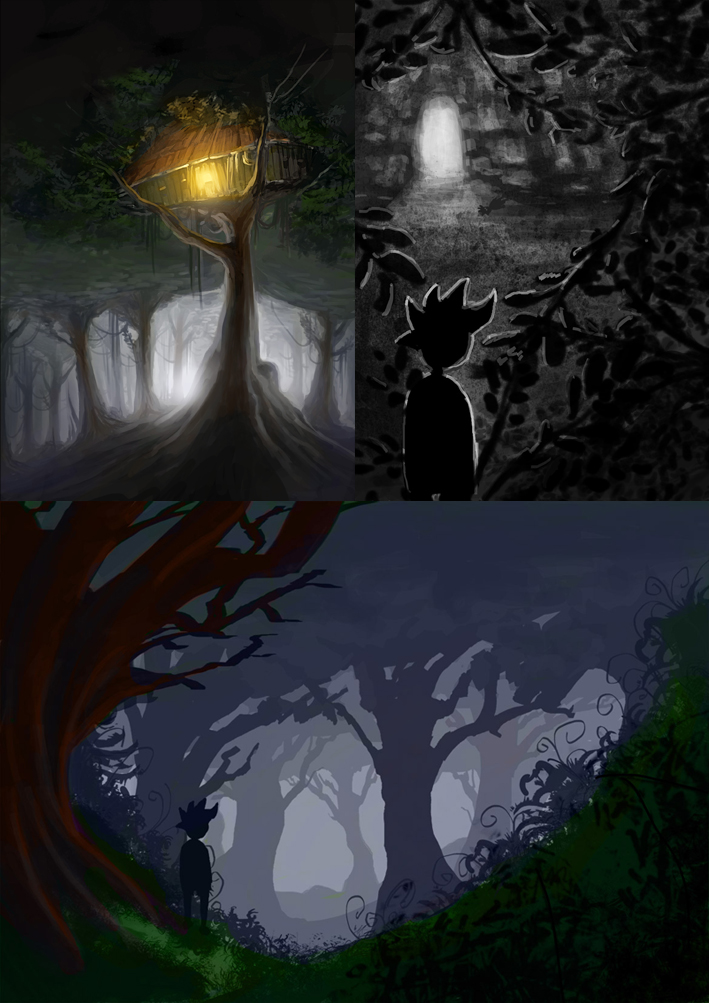 (Early concepts of a forest area)

Deciding upon the look of the caves began with a simple question: What do caves look like?
Well, that depends on what kind of cave it is. If it’s a volcanic cave or a sea cave. So we educated ourselves and read up on the variouskinds of caves, and looked at how they differed from each other visually.

We explored different looks and types of caves, focusing on how the light could create interesting visuals and play. 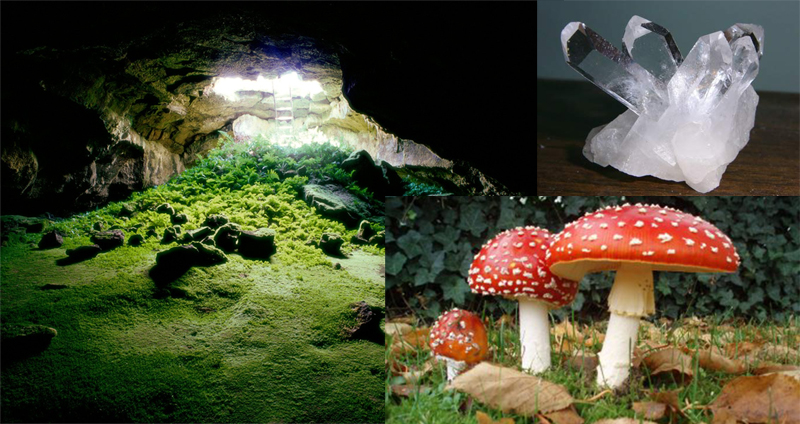 Finally we decided upon a mix of elements that we wanted to be key thoughout the area: The Mammoth cave in Kentucky, crystal clusters and mushrooms. 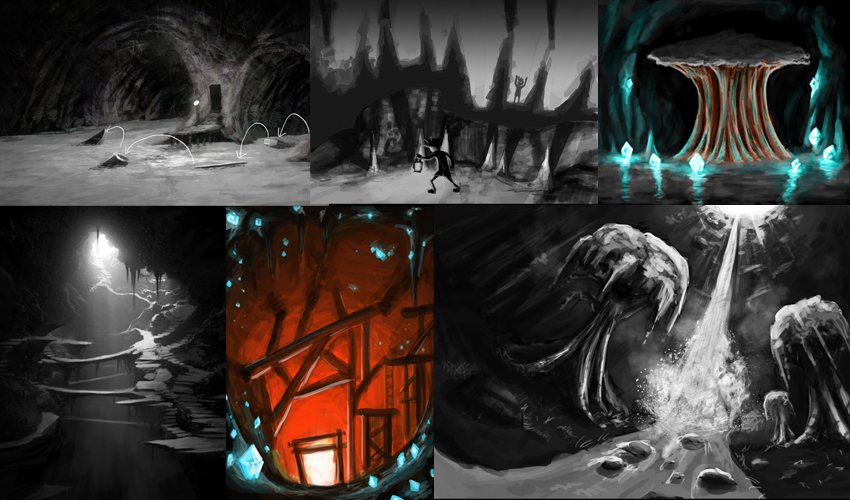 But even though the boys are in nature, they are not completely removed from civilization. We brought in reminders of this in the the mining areas. Combining the organic quality of the crystal caves and large mushrooms with the now familiar constructions of the local people created the diversity we wanted and prevented the world feeling same-y. 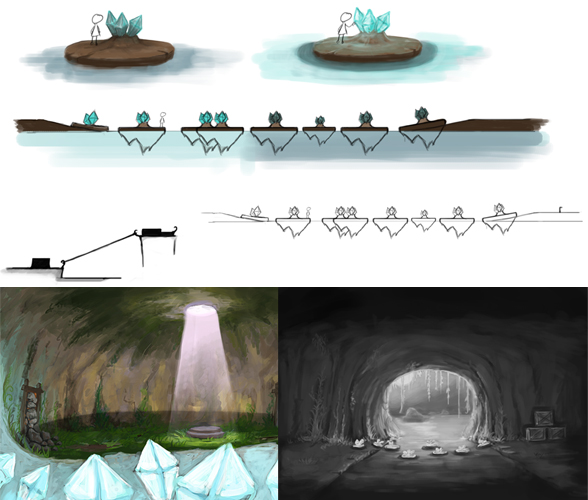 (Some of the final sketches for the area)

One thought on “Concept Development: The Art of the Caves / Mines”